Richard Sullivan is an artist and former professional baseball player with the Atlanta Braves. Born and raised in Louisville, KY, he studied at the Savannah College of Art and Design (SCAD) where he received a BFA in Illustration. He had the opportunity to play baseball at SCAD and to continue his interest in art and illustration. In 2008, Richard was drafted by the Braves in the 11th round as a junior and played 6 years of minor league baseball. He returned to SCAD in 2014 to finish his degree and focus exclusively on his artwork.​

His work has been accepted into the permanent collection of the National Baseball Hall of Fame, the Yogi Berra Museum and exhibited by the Louisville Slugger Museum and the Kentucky Derby Museum. Over a dozen Major League Baseball players, including Tom Glavine have started collecting his work. Coca Cola recently commissioned him to create a special 75th Anniversary painting for USO.In 2015, his painting of Bryce Harper was on the cover of the Washington Post Sports section in honor of Bryce winning the National League MVP. The Washington Nationals bought the original painting to auction off at their Dream Gala in 2016. In 2017 the Atlanta Braves commissioned Richard to create 18 original watercolor paintings and 20 prints for their new stadium SunTrust Park. The paintings line the corridors of the Champions suite and the Executive Offices. The Atlanta Falcons commissioned Richard to create a portrait of their owner, Arthur Blank, that hangs in the owners suite of the new Mercedes Benz Stadium. His work has been featured nationally on MiLB.com, Fox Sports, Fox Sports South and numerous magazines including The AJC, Kentucky Monthly, Insider Louisville, The Courier Journal, Louisville Magazine and the Louisville Voice. To learn more about Richard and his work, visit www.RichardSullivanIllustration.com. 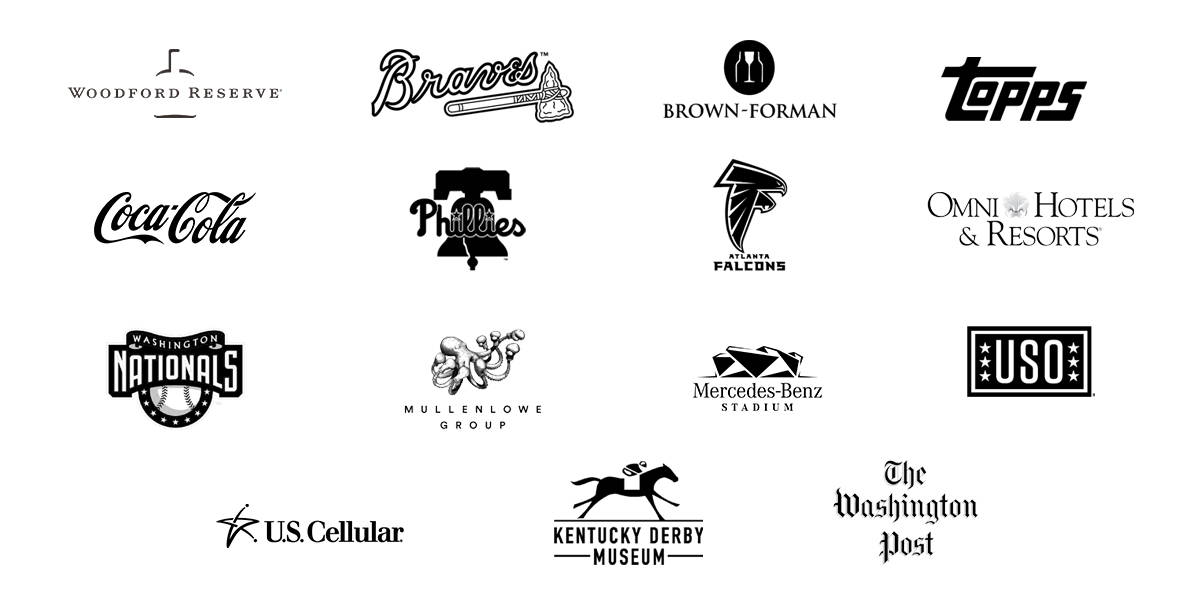